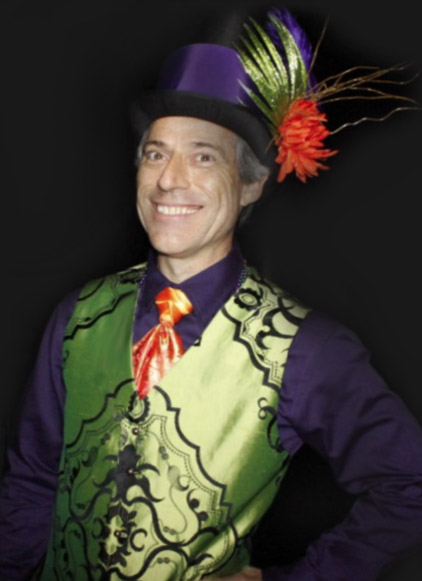 Nikolai is an entertainer whose act combines the talents of comedian, juggler, clown, and magician. He performs and teaches workshops for adults and for children. Corporations often hire Nikolai to help add focus and energy to sales boosters and conventions. Much of the work he does is "custom made" to fit the needs of a specific client or organization.

Nikolai has performed on the shores of three oceans, and the ice of the Arctic. He was part of the Canadian contingent at the Nanjing Clown Festival. He has been called "spectacularly, astonishingly funny!"

Nikolai is enthusiastically received by large crowds at Festivals around the world. He has performed in North America and Europe for audiences of up to 10 000. In Edmonton he is a perennial audience favorite.

He has been known to pop up everywhere from your local summer festival to the national music video network. He has been broadcast coast to coast on nation-wide television, appearing on the CBC and CTV networks and on Much Music. Nikolai has performed at functions attended by parliamentarians and the Governor General, in the Canadian embassy in London, UK, and for Inuit elders in the high Arctic.

Although his work takes him around the world, Nikolai still makes his home in Edmonton, Canada. "I love the winter here!" he explains.